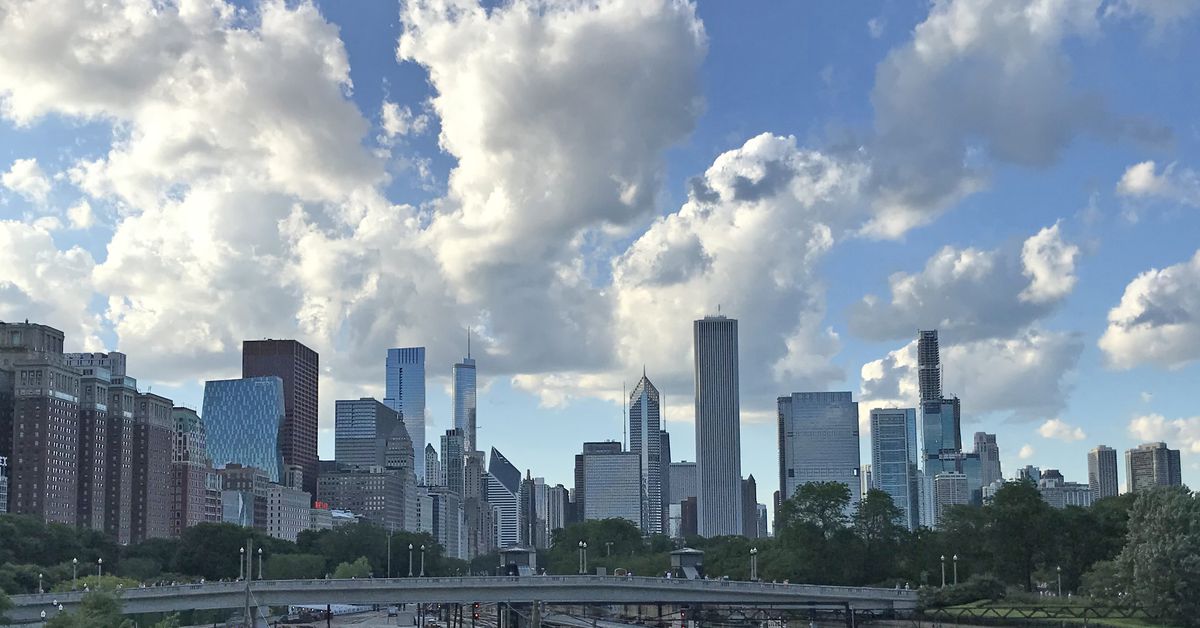 Four more states — Wisconsin, Missouri, Nebraska and North Dakota — are being added to Chicago’s 14-day travel quarantine and compliance will no longer be purely voluntary. Ticketing is coming.

With 22 states now on the list, Chicago Health Commissioner Dr. Allison Arwady is upping the ante by threatening tickets with fines ranging from $100-to-$500-a-day and a maximum of $7,000.

“The primary goal is education here, but we have the ability to enforce and do want people to understand that we’re serious about this. … Where they are putting others at risk and not abiding by the required quarantine — particularly if they’re flaunting that — we have the ability to … write tickets,” Arwady said in a conference call with City Hall reporters.

Tickets will be issued primarily during the course of investigations and the contact tracing that follows.

“If we identify people who have COVID who have had contacts with folks who have traveled from settings that they should have been under quarantine at the time of exposure, that would warrant a ticket,” she said.

“Similarly, we’ve been receiving some information about even city employees who may not have appropriately abided by quarantine. In addition to any discipline, we may elect to impose a fine. … And then, finally, there are some social media examples where people are flagrantly posting their social activities. Clearly out and about in Chicago after being in settings that are subject to our quarantine order within the time frame.”

Travelers entering or returning to Chicago from those states or the other 18 must quarantine for 14 days from the “time of their last contact” in the prohibited state.

The order does not apply to “essential workers” and employees who commute to jobs in Wisconsin. That would include the Cubs traveling to Milwaukee to play the Brewers and to St. Louis to play the Cardinals or the Sox playing the Royals in Kansas City. Nor does it apply to those traveling for medical care or “parental shared custody.”

Those extra steps include: confining themselves to “work-related activities”; avoiding public spaces as much as possible; monitoring their temperature and symptoms; and, to the extent possible, avoiding “contact with strangers, large congregate settings and “extended periods in public.”

Arwady said she’s well aware August is family vacation month — even during a pandemic — and many Chicagoans often plan trips to the Wisconsin Dells or Door County, or just trips to Lake Geneva.

Gov. J.B. Pritzker has a summer home in Wisconsin.

“I know how hard this is … I know that Wisconsin is one of the main places that Chicagoans go on vacation. … I know that’s disappointing and hard for people. But it is unfortunately where we are,” Arwady said.

“The state of Wisconsin has not even put a mask requirement in place. And there’s not a sign that they are turning their outbreak around. … There is significant risk at this point and, more importantly, there’s significant risk to Chicago when folks do return.”

Arwady advised Chicagoans planning trips to Wisconsin to either stay closer to home or head to Michigan, which has a “much lower rate” of COVID than Wisconsin does.

Those who insist on going to vacation homes in Wisconsin must have the ability to work from home on their return, she said.

The gloom-and-doom news didn’t end there, even as Arwady reiterated her determination to keep Chicago the “most open big city” in the nation, as City Hall likes to say.

Asked whether she agrees with Pritzker that mask-wearing will be required well into next year, the commissioner strongly agreed — then went even further.

She expects a vaccine to “start to become available, probably early in 2021.” But, it will “likely take a year to do a full roll-out” because of “production and distribution” issues and the vaccine will “probably not be 100% protective,” Arwady said.

Face masks in public and other “mitigation efforts to control the spread” will continue to be required.

“Where we’re thinking about making these difficult decisions around things like school reopening and wanting to make sure that’s as safe as it can be — if COVID was gonna be over in a month or two, that would be an easy decision. But COVID is not gonna be over for a couple of years, most likely,” she said.

“We’re planning in the Health Department in a two-to-three year frame. … And I don’t know that we’ll ever get to a point where COVID will be eradicated, to be perfectly honest.”

Statewide, the statewide testing positivity rate at 3.8% over the last week. But that number has climbed upward from 2.5% three weeks ago.

Chicago’s positivity rate currently stands at 5.4 percent, up from 4.9 percent on Monday. The number of daily cases stands at 240, up from 229 cases the day before.

The rise concerns Arwady, but she doesn’t “get too excited about one day of change.”

It’s when the number of daily cases rises above 400 that alarm bells will go off and a major rollback will be required, she said.

“There’s no other large city that has the amount of economy open and a reasonably controlled outbreak. We want to keep that in place looking ahead … to the fall, where we’re not gonna have all of the outdoor opportunities in a few months,” she said.

“Now is the opportunity to do everything we can to get our local outbreak under control. This quarantine requirement is part of that strategy. We’ve seen that travel out of state has been a significant risk factor for people who have been diagnosed with COVID. I know it’s hard, especially heading into August. But, it’s what we really do need to do to … protect public health and be in a point where we don’t need to take those major steps back.”