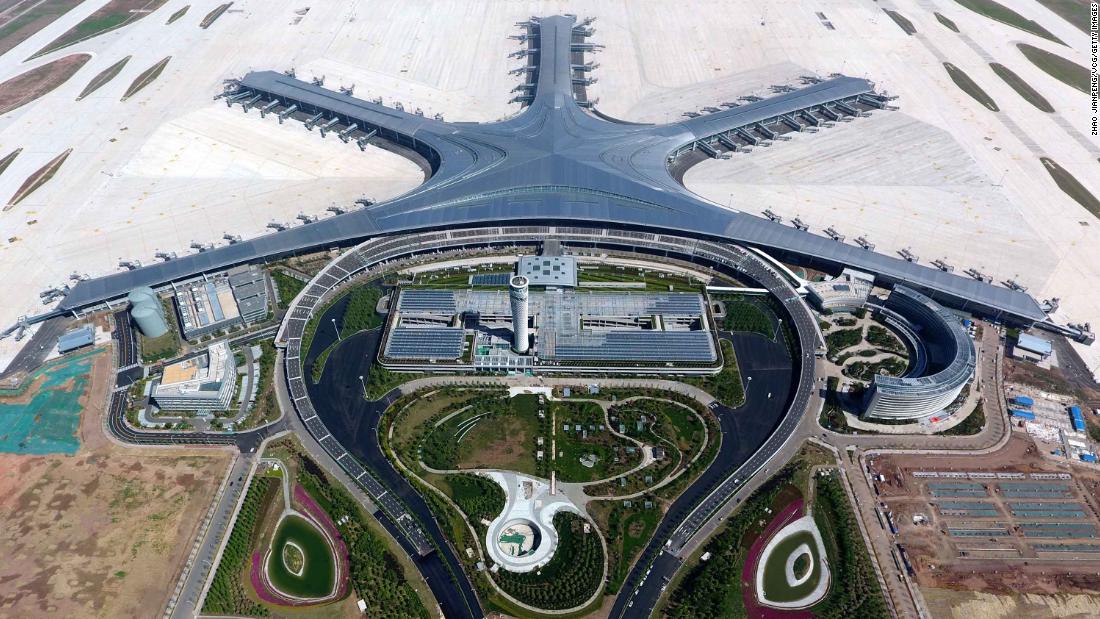 (CNN) — Qingdao, a Chinese coastal city famous for being the headquarters of Tsingtao Brewery, is poised for a major tourism boost with the completion of the new Qingdao Jiaodong International Airport.

Construction wrapped up on June 24, according to Chinese state media, but an official opening date has not been announced.

It will be the city’s first 4F-class airport — meaning its big enough to accommodate the world’s largest commercial aircraft, including A380s and Boeing 787s — making it a new transportation hub in Northeast Asia.

An aerial view of Qingdao Jiaodong International Airport on May 12, 2020.

Two more runways will be added in the second phase, according to Xinhua News, further increasing its capacity to 60 million passengers, a million tons of cargo and 452,000 annual landings and takeoffs.

Staff members walk through the departure hall of the terminal building of Jiaodong International Airport.

The design helps reduce walking distances between the main check-in hall and the farthest gates in the 470,000-square-meter terminal to no more than 550 meters.

Yet unlike Beijing Daxing Airport’s steel-and-glass roof, Qingdao’s new airport features an ultra-thin stainless-steel roof that’s just 0.5 millimeters — the thickness of a piece of A4 paper. The roof, covering a total area of 223,000 square meters, is the largest of its kind in the world, according to state media reports.

Another similarity between the two airports is an emphasis on green water treatment systems.

Dubbed a “sponge airport,” Qingdao Jiaodong has been designed to absorb and store excess rainwater that can be recycled and reused when needed.

High-speed rail and subway lines will connect Qingdao to the new airport, with officials saying it will take about an hour to travel from the city center to the new hub.